*HEY EVERYONE! I’m alive, I just haven’t had access to WiFi on the trail until now. I have a roaming plan on my phone that allows me a very limited amount of data, which I’m saving for emergencies, so these blog posts will be coming in sudden bursts as I find WiFi.*

I woke up ten minutes before my 5am alarm and was instantly wide awake. As I wandered through the dark of the backyard and saw everyone packing up their things, I felt a sudden rush of excitement and emotion. Today was the day! 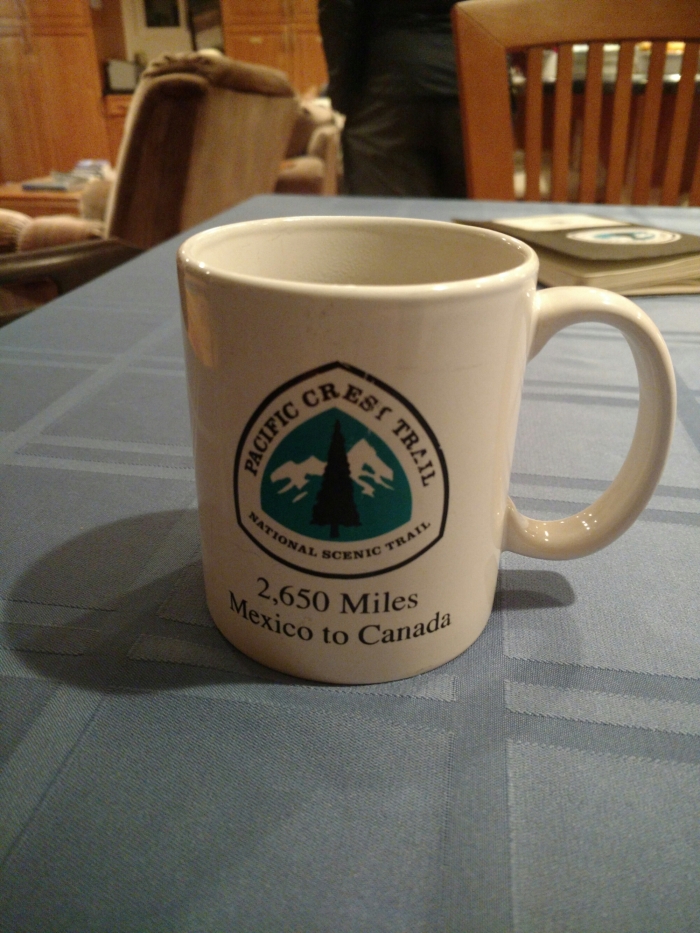 We all got our things together and gathered for breakfast. There was hot coffee, fresh fruit, and freshly baked muffins. Heaven. It was a quick meal, and then it was time to get chit hit the road. Several volunteers had gathered at the house to help shuttle our group of 15 hikers to the southern terminus. As I watched the sunrise from inside the truck, the butterflies in my stomach danced wildly.

We arrived at the terminus after about an hour of driving and there it was…the monument. That thing we’ve all seen so many photos, right there in front of us. We took individual photos, group photos, and all signed the trail register before we began to walk. My first steps on the Pacific Crest Trail.

The desert is absolutely beautiful. Since the drought has now broken, the land is lush and green, and wild flowers and life abound. Just on the drive, we saw a coyote and a bunny rabbit crossing the road. On the trail, birds were chirping and tiny lizards scattered everywhere. There seemed to be water running around every corner.

I walked alone for the first mile, which was nice after having started with so many people around. Then I spent most of the morning walking with Janis, who came from Scout and Frodo’s as well. After a couple of hours, I pulled ahead and began to climb some switchbacks on my own. I couldn’t believe how beautiful the views were, and I was stopping to take photos every few steps. It was magical. 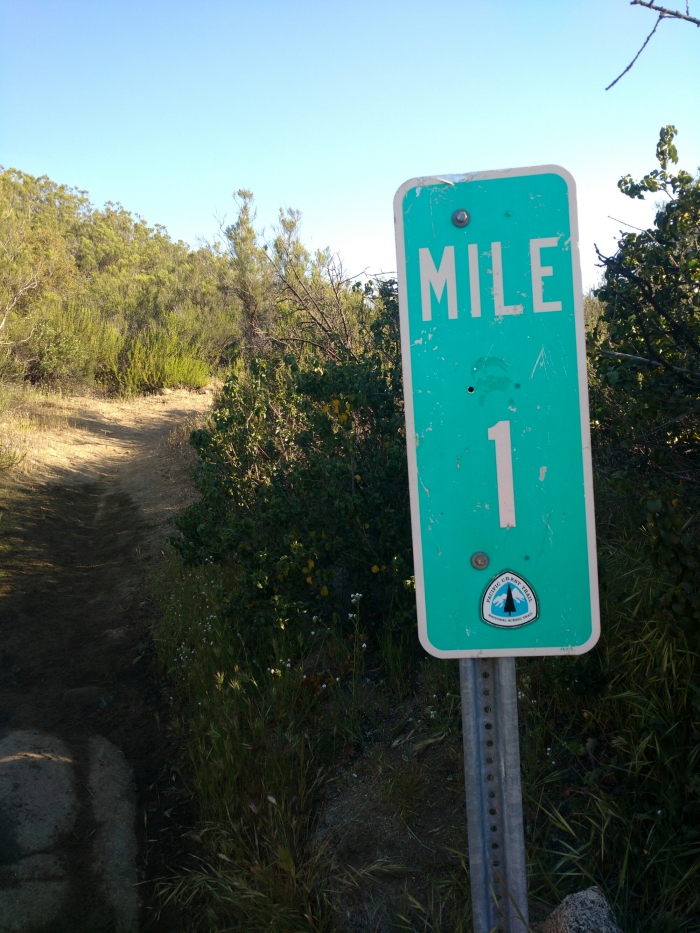 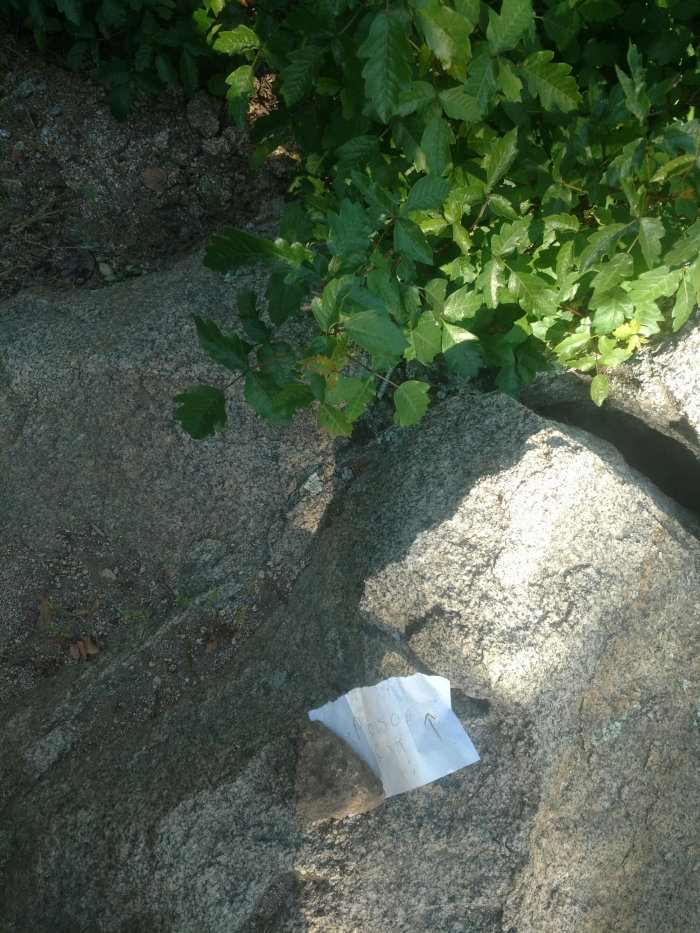 The morning had been cool and lovely, but by mid-morning the sun was beating down and it had gotten quite hot. When I finally managed to find some shade, I immediately threw myself down in it for a lunch break, and a few others from Scout and Frodo’s joined me. I ate a tortilla with peanut butter, chips, and Oreos. #nutrition. #health. I changed my socks and moved on. 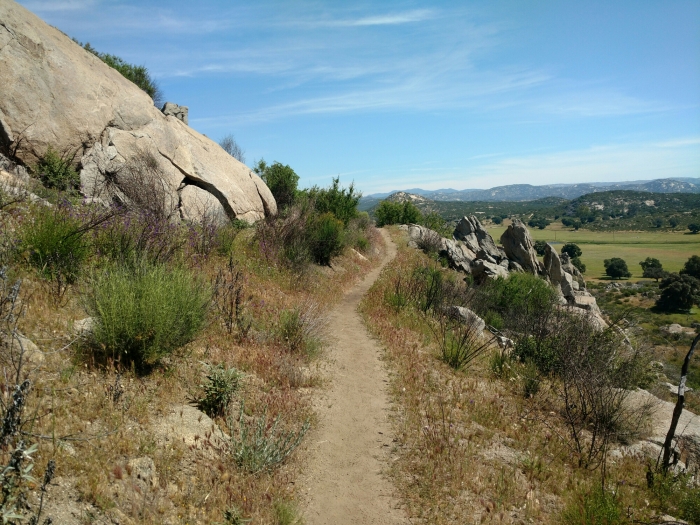 After lunch, I walked the rest of the day with Michael, who also stayed at Scout and Frodo’s last night. We walked through a burned area for a while, surrounded by gnarled burnt tree trunks. There would have been so much shade if they were still alive. We did a climb up to the top of a ridge that seemed to never end, and then walked along it for a while. The views were incredible. Along the way, we met Ollie from Australia and Patrick from Alaska. We also spent most of the day leap frogging with a couple from South Africa, Jo and Mick (disclaimer: I’m probably not spelling half of these names right).

From the time I started planning this hike, I always assumed I would hike straight through to Lake Morena (mile 20) on day 1, but as the day wore on, that seemed more and more unlikely. Especially when I saw the switchbacks climbing out of Hauser Canyon. It was hot, I was tired, and my feet hurt. I was more than glad to cut the day at a little over 15 miles. The descent down to the creek seemed to take a long time, especially since we could see our end destination for so long before we actually got there. 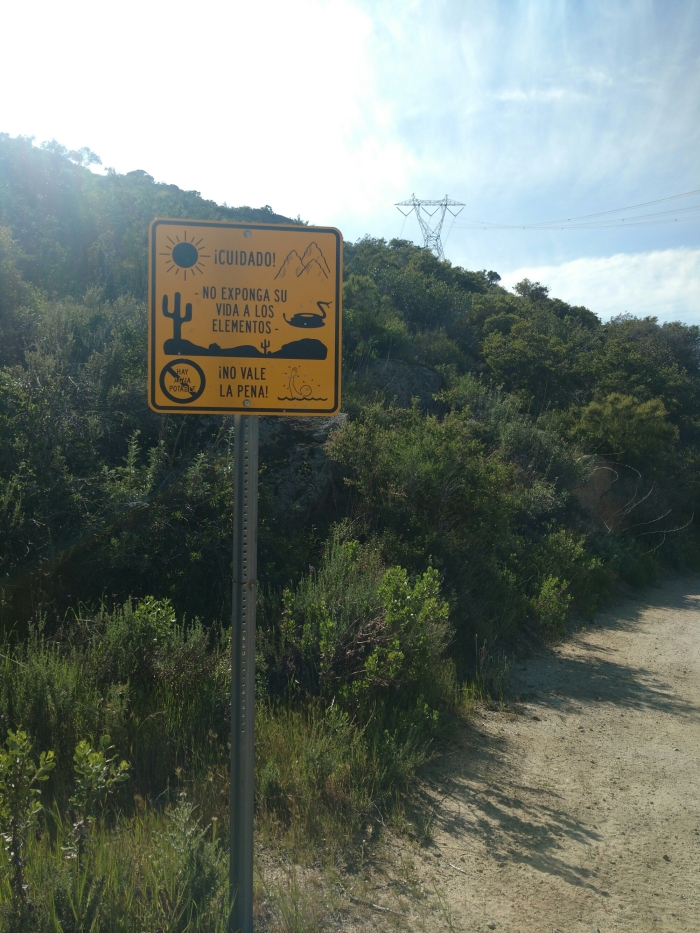 What does this mean?

There  are quite a few people camped here tonight. I’m sharing a little site with Michael, Jo, and Mick. We set up our tents, got water and rinsed off the day’s filth, and made dinner. I had a dehydrated burrito bowl meal that I got as a Christmas gift, which was great, but of course way too much food. I also pooped in a hole for the first time ever, so that was exciting. (All the locations I’ve ever back country camped before this had thunder boxes). More hikers rolled in as we were eating. I think it’s a full house here tonight. Also while we were eating, a border patrol truck drove right by our campsite on the little dirt road. I seriously did not expect to actually see someone driving through here. They stopped and talked to us briefly before driving on. There have also been some border patrol helicopters flying really low over the canyon. 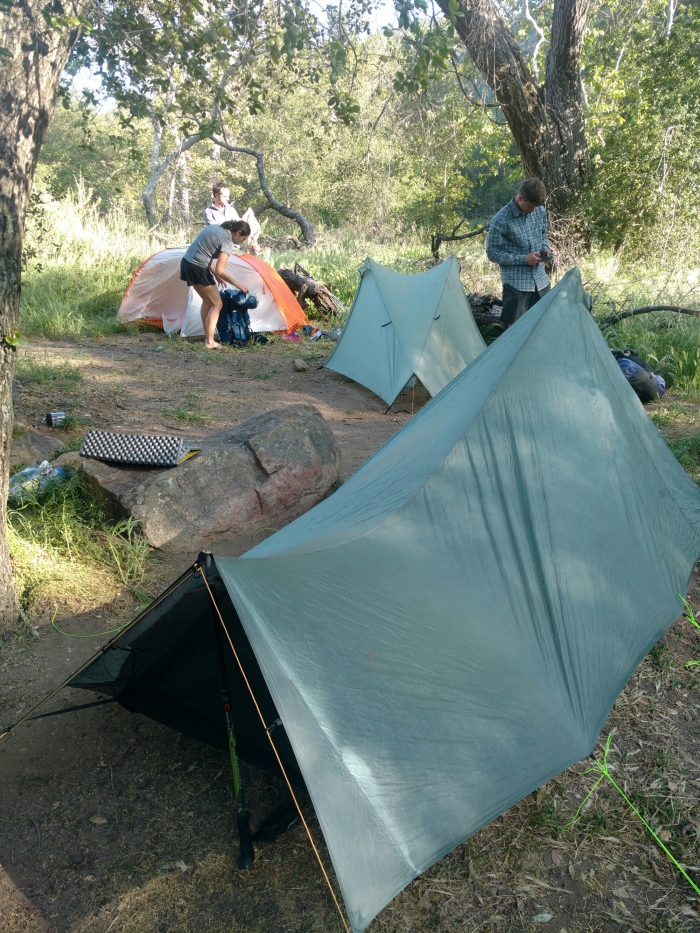 We thought a bit about our plan for tomorrow, which mainly involved wondering whether the store at Lake Morena sells milkshakes. I’m hoping to get going nice and early, so I can make the climb out of the canyon before the sun gets too strong.

It’s insane how quickly it gets cold at night. When the sun is up, it’s really hot, but as soon as it starts setting it gets cool quickly, and once it’s really dark it’s down right cold. I’m all nice and bundled up in my quilt, which is keeping me nice and warm. I honestly still can’t really believe that I’m actually on the PCT. But it’s real.