I was having trouble falling asleep last night, and suddenly realized the blister on my left pinky toe was throbbing quite painfully. I had lanced it the night before, but it had filled with liquid again so I popped it a second time. The liquid was cloudy instead of clear, which is a sign of potential infection. Shit. I was immediately filled with gratitude for the fact that my first aid kit contained antiseptic wipes and antibiotic ointment. I cleaned it up nicely, applied some ointment (which also has blessed pain relief properties), and bandaged it up. I’ll save you the suspense of wondering about the result by letting you know that it looks and feels MUCH better now. I’ve been caring for it over the course of the day and I think I’ve managed to wipe out any infection.

I woke up hungry and cold again in the early hours of the morning, but was too lazy to move for a while. Around 5:30ish, I managed to put on my puffy and eat a Luna bar. I packed up and was hiking by 7am again.

The whole morning was spent climbing up to Mount Laguna. We gained almost 2000 feet over the 9ish miles we hiked. It was a pretty gradual climb, and there was a steady cool breeze blowing, so it wasn’t too bad at all. I hiked alone pretty much all day, which was nice. The views today were absolutely gorgeous. We were up high and winding around ridges all morning.

I only made it just over a mile out of camp before I stopped for a second breakfast. There was a rock overlooking a gorgeous view that I just couldn’t pass up. I sat there for a while and had a chocolate/instant coffee breakfast shake and a couple spoonfuls of peanut butter. After the caffeine boost, I was ready to crush some miles into Mount Laguna.

I leap frogged throughout the day with Michael, Jo and Mick, and a couple of other hikers. I took a second break about 6 miles in to the day by a little creek, where I stuffed my face with snacks, washed my feet and socks, and filtered some water. There were a bunch of hummingbirds buzzing around me which was pretty cool.

How to dry your socks: safety pin them to your pack!

Just outside of Mount Laguna, the trail entered a forest of giant pine trees, which was completely different from anything we’d seen so far. It was nice and shady and smelled soooo good. I wound through the forest all the way to the side trail to Mount Laguna. 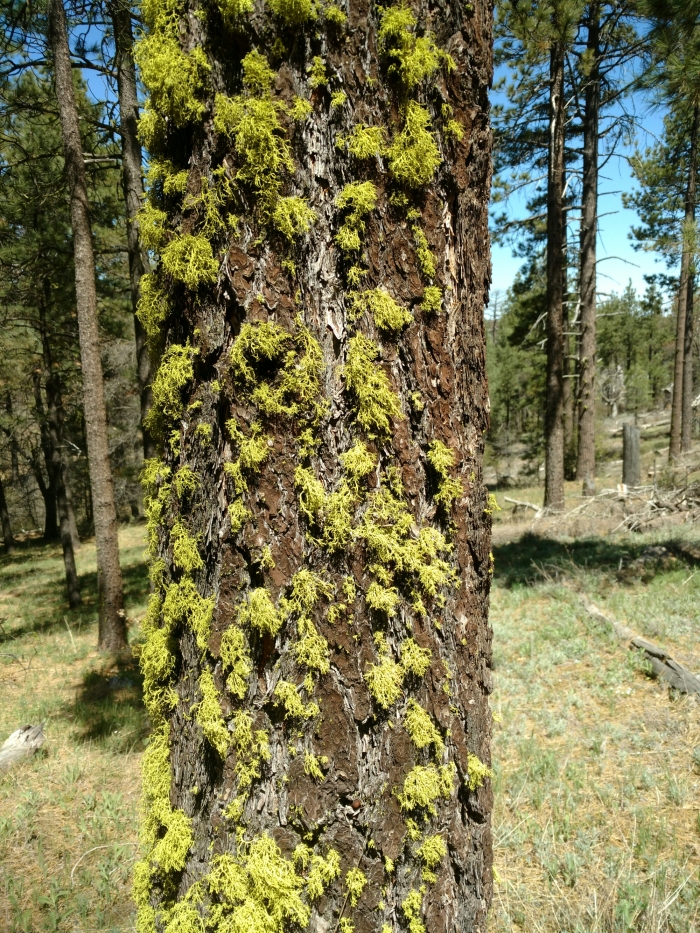 I met up with Michael as I entered Burnt Rancheria campground, and we talked to the camp hosts and found out it was 24 dollars for a campsite, but 8 people were able to split one site. There were a bunch of hikers on one site, most of whom were moving on but two were staying and agreed to share a site with us.

We set up our stuff and walked into “town”. Mount Laguna is a very small community which basically consists of the campground, a restaurant, an outfitter, and the lodge/store/post office. I had a resupply package waiting at the store, and while I was there I grabbed a tiny bottle of shampoo and bar of soap for the showers. On my way back to the campground, I stopped at the outfitter, which is tiny but absolutely packed with gear. I bought a pair of Injinji toe socks, which will hopefully help with toe blisters.

The tiny outfitter that has it all

When I got back to the campground, I had an amazingly hot shower, with actual soap and shampoo, which felt incredible. I washed my clothes in the sink as well. We had some time to kill before the Pine House Cafe and Tavern opened for dinner, so we shared some beers with our camp mate Jason.

This is the first night the Tavern is open for dinner service on a Thursday this season (Mount Laguna is a weekend town), and they were not prepared for the deluge of hikers that descended upon the place at exactly 5pm. The staff were all awesome, and we waited patiently for our food. The food was amazing, I highly recommend stopping for a meal here if you get the chance. I had a bowl of awesome mac and cheese (with like seven different types of cheese in it), and a really yummy salad. The whole place was packed with hikers, which was super fun, and we got to meet some new people. The restaurant was super cute, but I forgot to bring my phone so I didn’t get any photos.

I’m now in my tent and ready for bed. We’ve ended up with 8 people in our site, it’s me, Michael, Jo, Mick, Jason, a guy from Finland whose name I don’t know how to spell, and a father/son duo.  I hope I can get a good nights sleep, because the wind is insane and it’s soooooo cold. But I really need it after not getting much last night. I’m also paranoid my laundry is going to blow away in the night… I can see my breath inside my tent. Good night.

4 thoughts on “PCT Day 3: Morning Views and an Afternoon Off”