We awoke this morning to a misty world, draped in low-lying clouds. The air was cool as I began hiking at 6:30. We started the day with a climb, and as we climbed we went further into the mist, and the air got cooler and cooler. The weather of Southern California is an unpredictable beast. At Hiker Heaven, everyone was talking about how we were entering the “real desert” now. This, of course, conjured images of hiking through blistering sun and intense heat. But this morning was cold. As we climbed, a brutal wind began to blow, and I swear my hands were close to getting frost bite. The sky was filled threatening-looking grey clouds. When we reached our water source after a few miles, I changed into my warm tights, puffy, rain jacket, gloves, and fleece beanie. 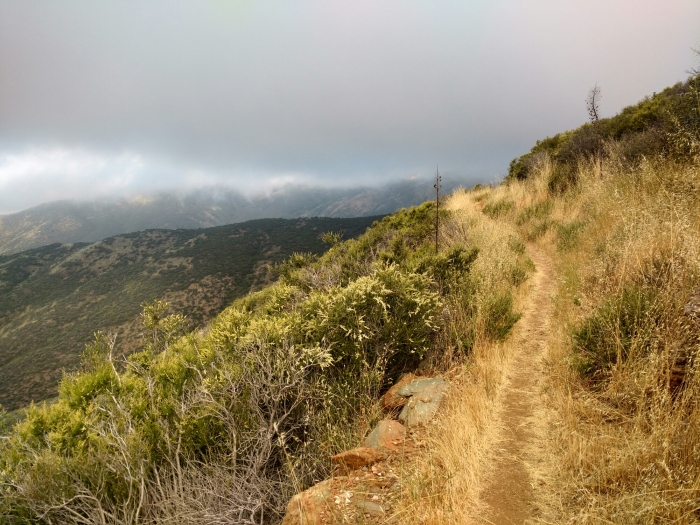 Of course, shortly after I started hiking again, the sun came out, and I immediately felt rather silly hiking through the desert fully bundled up for winter. The day was comprised of a series of stops to remove and replace layers as the weather shifted. I decide to aim for a memorial bench that was on the map for my lunch break, and as soon as I rounded the corner and saw it, I felt the first rain drops.

It was a good spot at first, because the bench was sheltered from the direction the rain was blowing from. But as the rainfall got heavier, there soon was no hope of protection. I downed my lunch in a hurry, waterproofed everything as best I could, and hiked on.

There’s not much to report from the afternoon other than: it rained. Sometimes it seemed like it was lightening up, sometimes it poured, but it never stopped raining. Except for the few times it turned to hail for minutes at a time. The ice pellets stung as they bounced off the bare skin of my hands. A small lake formed in each of my shoes, squelching up around my feet with each step. Small rivulets of water started running across and along the trail. I heard what sounded like a strong wind begin to blow, but the air felt still. Then, I rounded a corner and saw the source of the noise. A large stream of water the colour of chocolate milk was rushing across the trail and down into the valley below. It was insane. We passed a bunch of these, and the collective sound was like a huge waterfall, pouring down the side of the ridge. 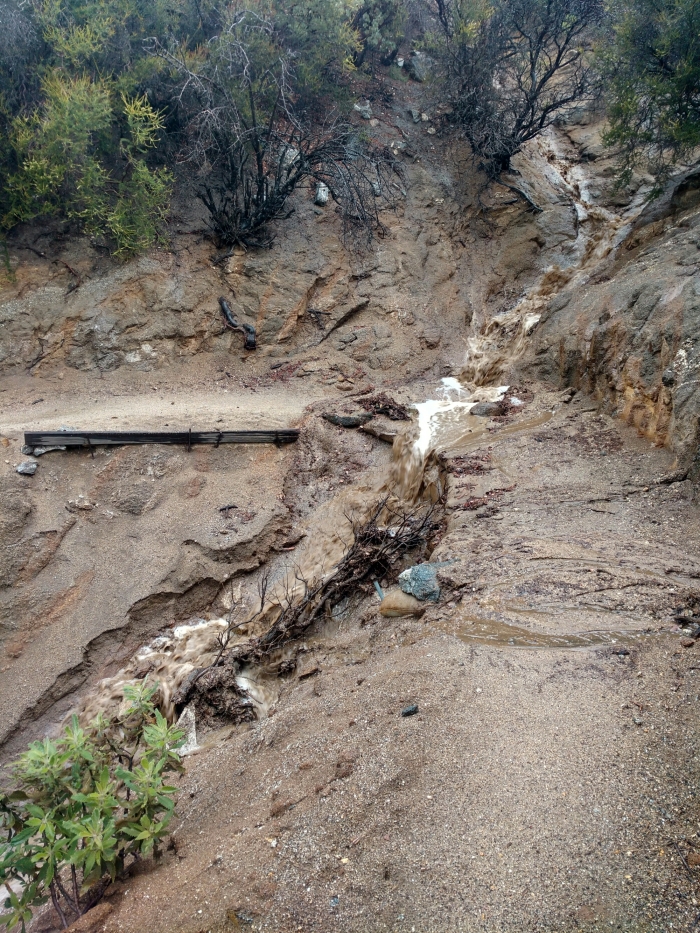 Finally, we came around a corner and saw the road! We hurried down off the ridge, and briefly took shelter under a pavilion outside the rangers station. Our attempts to dry ourselves and regain the ability to move our extremities proved to be in vain. We headed back out into the rain to try to hitch to the Anderson’s place. Vehicle after vehicle passed us, but one finally pulled over! It turned out to be a girl who apparently lived right across the street from the Anderson’s, so she drove us right up to the front of the house. 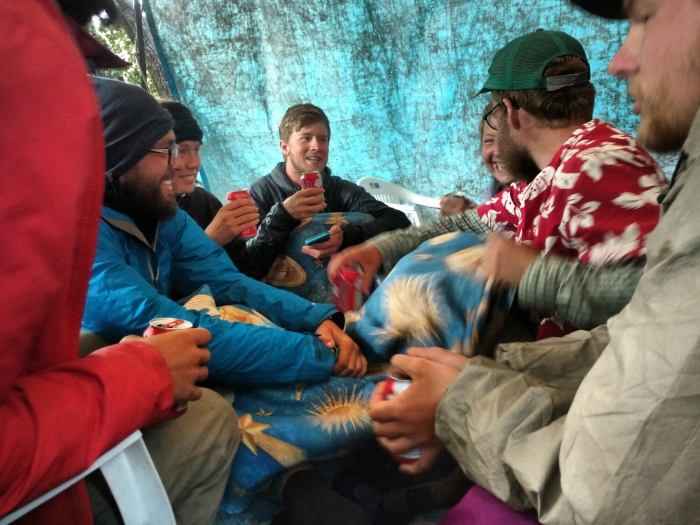 There were a ton of hikers sheltering on couches and chairs under tarps in front of the house, and we squished ourselves in. Soon, we were warm and relatively dry. Yard Sale got a ride to the store and brought back a bunch of beers, and we all sat snuggled under the tarp, drinking and laughing. It was a great afternoon, and soon, the legendary taco salad dinner was served. It was soooo good. After we ate, Gummies and I went to pitch our tents in the backyard before it got too dark. When I emptied my pack, I found that my waterproofing attempts hadn’t worked as well as I’d hoped, and my quilt had gotten fairly wet. I need to get a more heavy duty garbage bag to line my pack with, because snuggling up in a damp quilt really isn’t fun. Once we pitched our tents, we went and danced for Terrie (the trail angel who runs Casa de Luna) so that we could get our official PCT bandanas. 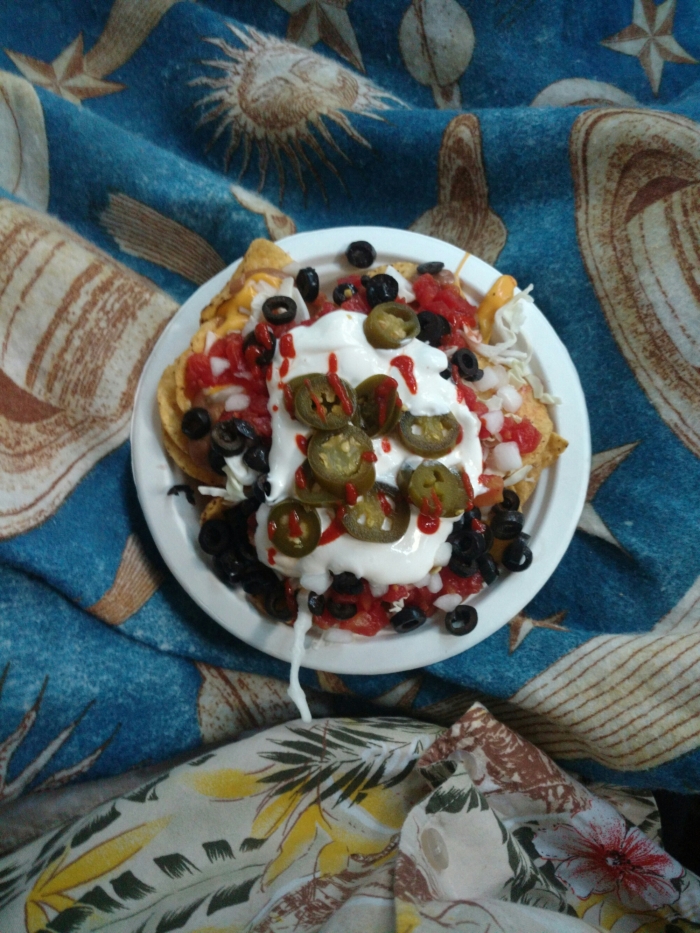 This place is seriously amazing. I can’t believe the generosity of these trail angels who open their homes to us smelly hikers year after year. I’m so grateful that we had this place to come to after a day of such terrible weather. Tomorrow, there’ll be pancakes for breakfast and then we’ll hike out. Fingers crossed for better weather tomorrow!