I had some trouble falling asleep last night due to the heavily gusting winds. My tent was nice and sheltered, but I knew there were some standing dead trees nearby and that had me on edge. I kept thinking one was going to fall and crush me in my tent. Once I did manage to fall asleep, I was out pretty good. When my alarm went off, the cold wind was still gusting, and I could hear water droplets hitting my tent as they were blown from the tree tops. I was immediately pulled back in by sleep. When I managed to shake off my slumber, it was almost 6:30. I peeked out of my tent and saw Gummies almost ready to hike out. When he saw me, he told me he was wondering if I had died after drinking the green worm water. Nice. This morning, I dumped an electrolyte packet in there to cover the colour and taste, and it ended up tasting really good.

I hiked out just after 7am, a rather late start for me. The hike this morning totally reminded me of misty days of hiking in northern Ontario, back home. Tall conifers and jagged white rocks loomed out of the mist. The trail was lined with lush green vegetation, wet with the morning dew. There wasn’t much in the way of views, but it was really nice. I hiked 5 miles before I needed to stop for my breakfast break, and not long after that, I hit the 500 mile marker! This feels like a somewhat significant milestone. I really wanted to have a dance party to the 500 miles song, but no one else was around so I settled for singing it quietly to myself as I continued walking. 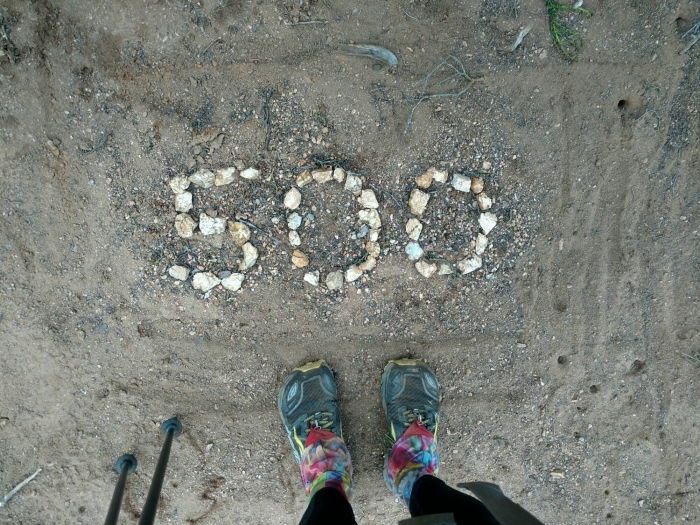 Almost immediately after passing the mile marker, I started the big climb of the day, which really wasn’t too bad. Today was spent constantly changing into and out of my gloves, beanie, and rain jacket as the weather shifted. The morning was cold and damp, but every now and then the sun would break through. Gummies caught up with me when I stopped to get water (even though I totally thought he was ahead of me), and we spent the afternoon hiking together.

The official mile marker was closer to mile 502

All day, I had been toying with the idea of pushing all the way to Hikertown tonight. I knew it would be a big day, but the draw of a hot shower was really tempting. We passed a couple of other hikers, and they informed us that the 7 miles of trail leading up to Hikertown were on private land, and therefore camping was prohibited. Hmm. The plan to push all the way there was quickly solidified. We stopped for a quick lunch break at a picnic table, and then headed out to crush the final 9 miles to Hikertown. We did get some bad news from Cougar after lunch. Apparently, she and Dr. McDirty had to get off trail today because she was having a lot of trouble walking. They’re going into town to get her leg looked at, and they might come meet us at Hikertown tomorrow. I really hope they’ll be able to get back on trail soon, I love our little trail family. 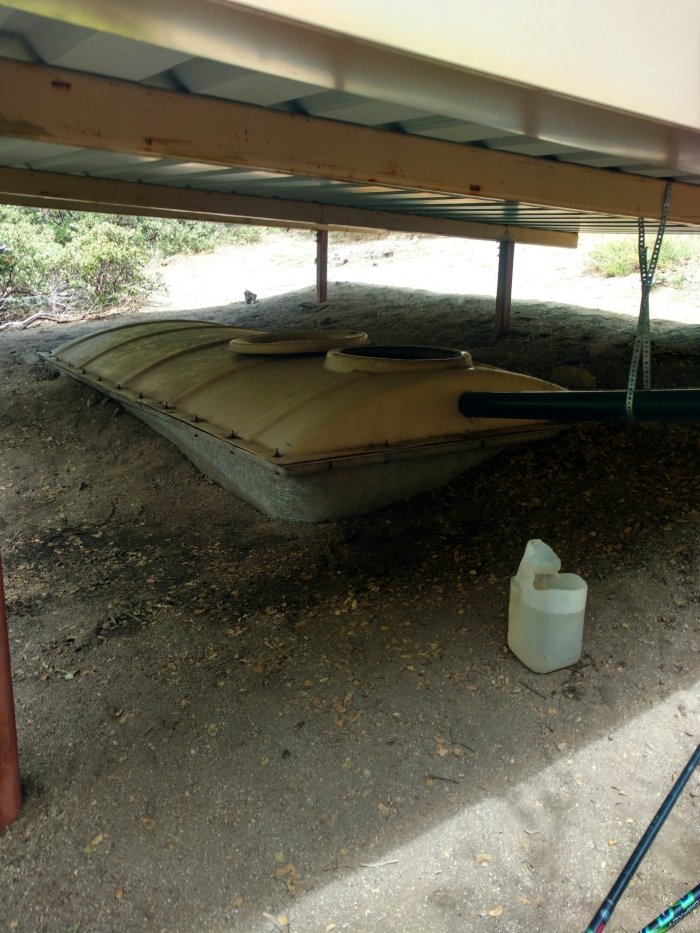 After we left our lunch spot, the mist suddenly cleared, the sun came out, and it got hot. We had dropped down into the desert again, and we spent the last couple hours of the day winding up, down, and around the scrubby hills. The day had passed surprisingly quickly, given that it was our longest mile day yet, and I was feeling pretty good. Soon, we were heading toward the highway. 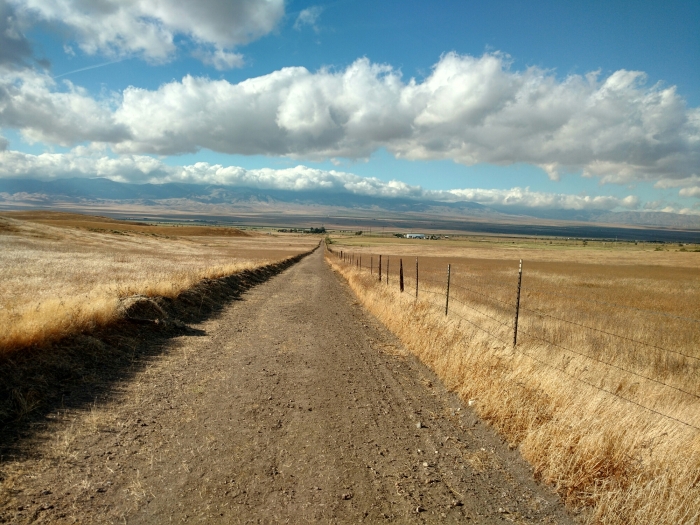 We crossed the road, and entered Hikertown, which looked like a fenced-in compound of some sort. There have been rumours on the trail of the strangeness of Hikertown, with some people saying it’s creepy and should be avoided. I can see why somebody might say that, but I’m definitely glad we came to check it out. It’s definitely weird. It’s made up of a bunch of tiny buildings made to look like a little town. There’s a hotel, school house, city hall, etc. These were all full, so we’re camping in the junkyard out back. For real. My tent is currently being sheltered from the winds by a dumpster and a broken-down creeper van. It’s amazing. They also have outlets, showers, and wifi, so the place is okay by me. 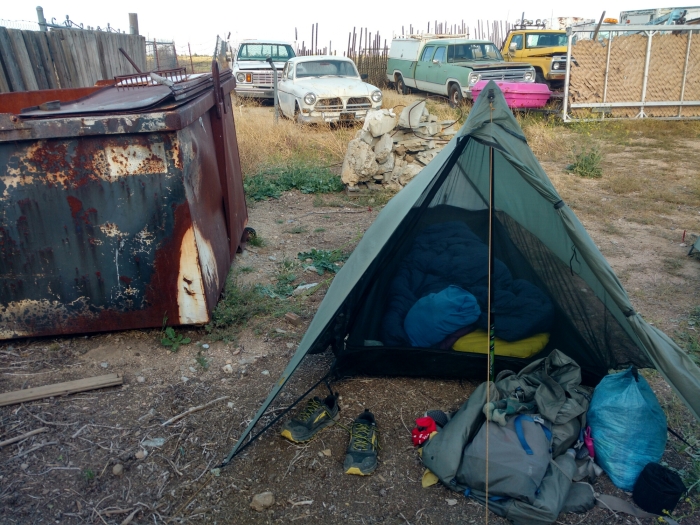 I set up my tent and immediately hit the shower, which felt incredible. I asked another hiker where it was, and when he went to show me he said, “It’s kind of dirty,” to which I responded, “That’s okay, I’m kind of dirty”. Being clean felt seriously good, and my hair got a free blowout courtesy of the blasting desert winds. After my shower I got to pick up my package with my new wireless headphones. I gave them a test run and they’re amazing!! I’m so happy. The real test will be seeing how long the battery lasts, but for now, I love them.

The winds have really picked up, and we sheltered behind our van to make dinner. We’re planning to have a chill morning tomorrow, and will probably spend a good chunk of the day hanging around here, which I’m super excited about.