Waking up early this morning was a bit of a struggle after sleeping in for so many days in a row, but there was a pretty cool view of a bright pink sunrise from our spot on the saddle. We got hiking just before 6, and the views were pretty great in the early morning light. I didn’t feel great this morning, and I’m not 100% sure why, but I think I’m just going to chalk it up to tiredness and dehydration (I realized I probably drank less than 2 litres of water over the almost 4 day period we were in town). Whatever it was, the first 5 or so miles of the day were pretty rough. I felt a lot better after I sat and rested for a few minutes and forced myself to eat breakfast. 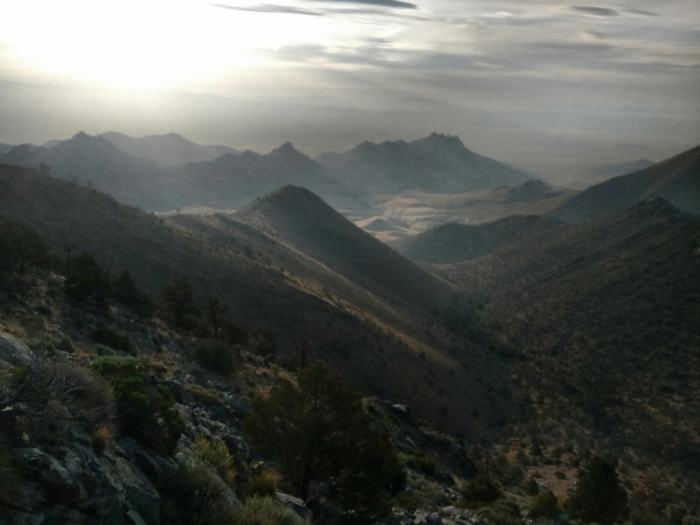 The day was fairly uneventful, although we did pass the point of officially being one quarter done the trail, which is pretty crazy. The landscape is definitely starting to shift away from desert and more towards jagged mountain peaks. We’re on the home stretch to Kennedy Meadows, the official unofficial start of the Sierras, which is both exciting and terrifying. Mostly exciting. 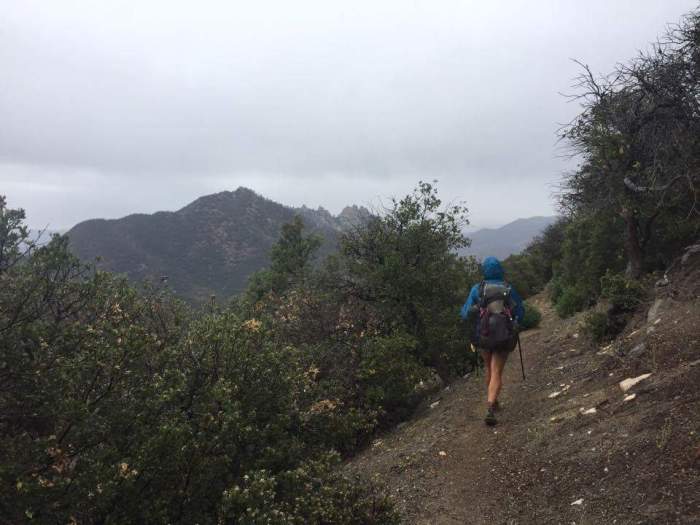 We had lunch by a creek, and then had a big climb to end the day. The entire day was mercifully overcast and cool, which was a pleasant surprise as we had been braving ourselves for intense heat. As we climbed, a few raindrops began to fall. It started raining steadily, but never got too heavy which was nice. And it actually started to let up before we got to camp. Once I had my tent set up, the sun actually came out and now everything’s nice and dry. It’s so nice to be back home on the trail.