Knowing we only had 6 and a half miles into Belden this morning, and that we weren’t planning on getting very far out of town this evening, we had a super lazy morning and didn’t leave camp until almost 9. The morning’s hike was pretty uneventful. We walked along the open ridge top for a bit, and then switchbacked down through the forest for a long while. We have continued to see a ton of other hikers today. People kept passing our tent into the evening, and I think we actually ended up with a few other people camping beside us (but we were already in our tent when they arrived, and they had left before we emerged, so we never actually saw them). We passed several hikers this morning who were going southbound. It’s really starting to feel like the old PCT again (pre-herd explosion). 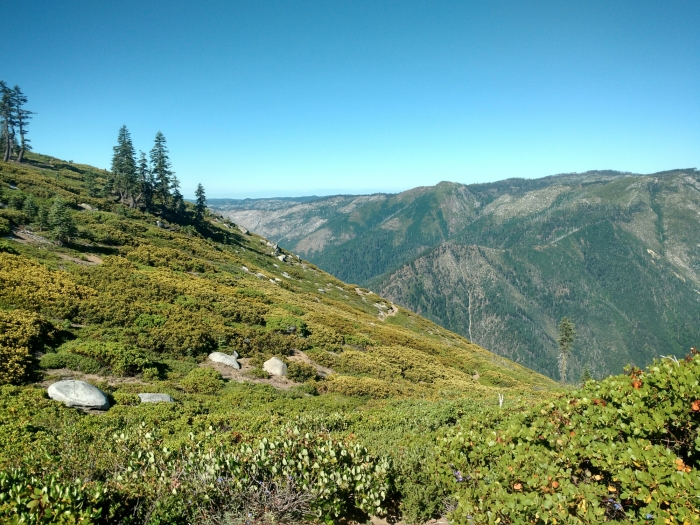 It was a little before noon when we finally rolled into Belden, which is a pretty strange place. It’s called Belden Town, but it’s not really a town at all. It’s a “resort”, that has cabins, RV and tent camping, and a restaurant. There were a few other hikers in the restaurant when we arrived, including Soho, who must have passed us once we were in our tent last night. We sat at the bar and I got a beer and a veggie burger. There was a local guy sitting at the bar drinking who chatted to us as we ate, and ended up offering to pay for our food. More trail magic!

After we finished eating, we loitered around the restaurant for a bit using the WiFi. We also had to stock up on a bit of extra food to get us to Chester, and the store here ended up being kind of crazy expensive. I’m talking one dollar for a single packet of ramen and three dollars for a single serve tuna packet. I definitely wouldn’t recommend doing any sort of extensive resupply here, but it’ll do if you need to grab some extra stuff in a pinch. I ordered new shoes but my credit card was declined, so I had to call REI and figure that out, and then I was contacted by my bank who let me know that my credit card was compromised and had to be cancelled. So I’m now stuck in the middle of California with no credit card. It ended up being a bit of a stressful afternoon, which somehow always seems to happen when we’re in town and are supposed to be relaxing off trail. I’m beginning to feel less and less of a need to spend extensive time in towns. The trail is definitely home.

Once everything was figured out and we could finally drag ourselves away from the WiFi, we stopped for a swim in the Feather River. Every southbounder we passed this morning told us that swimming in the river was an absolute must, and it did not disappoint. The water was deep enough for actual swimming and the temperature was perfect. There were even little floating docks set up. Such a nice way to end the day. 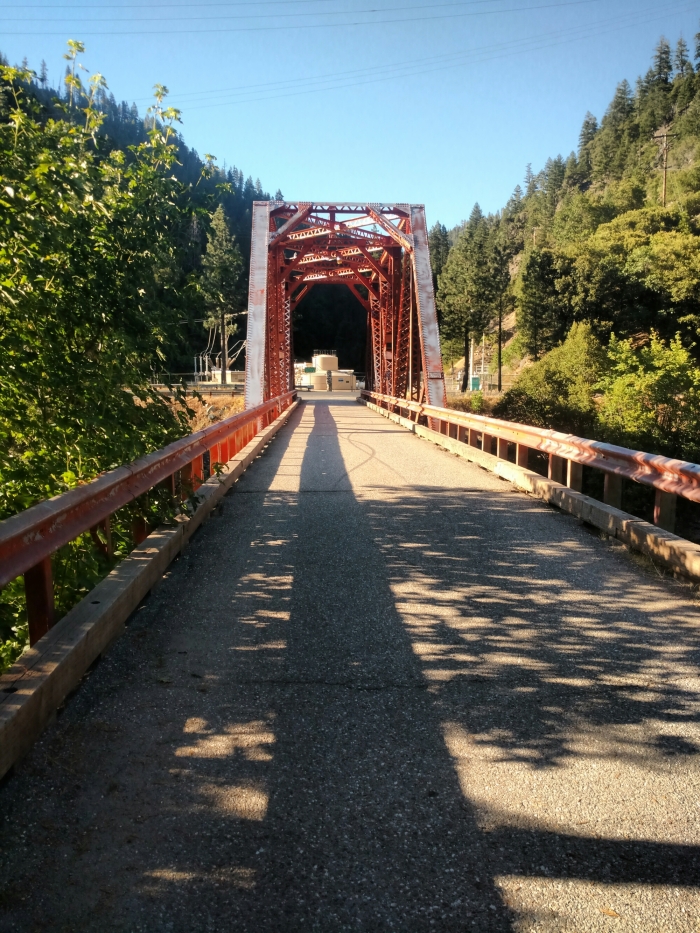 We didn’t end up leaving until after 6, so we knew we weren’t going to make it far before we would want to make camp. There was a trailhead rest area just on the other side of the river, and we had our eye on that as a potential camp spot. Turns out there isn’t really anywhere to camp, but we’re doing it anyway, and it’s almost definitely the sketchiest campsite we’ve had yet (other than Hikertown, maybe). We’re camped just down trail from the parking lot, right off the highway, sandwiched between a gazebo with educational signs about the nearby Belden Dam and a power station. The plus side is that we got to sit on the gazebo bench to make and eat dinner. And we’ll get lulled to sleep by the sound of the rushing dam, electrical wires buzzing overhead, and the occasional passing of a transport truck or train. Ah, home sweet home. 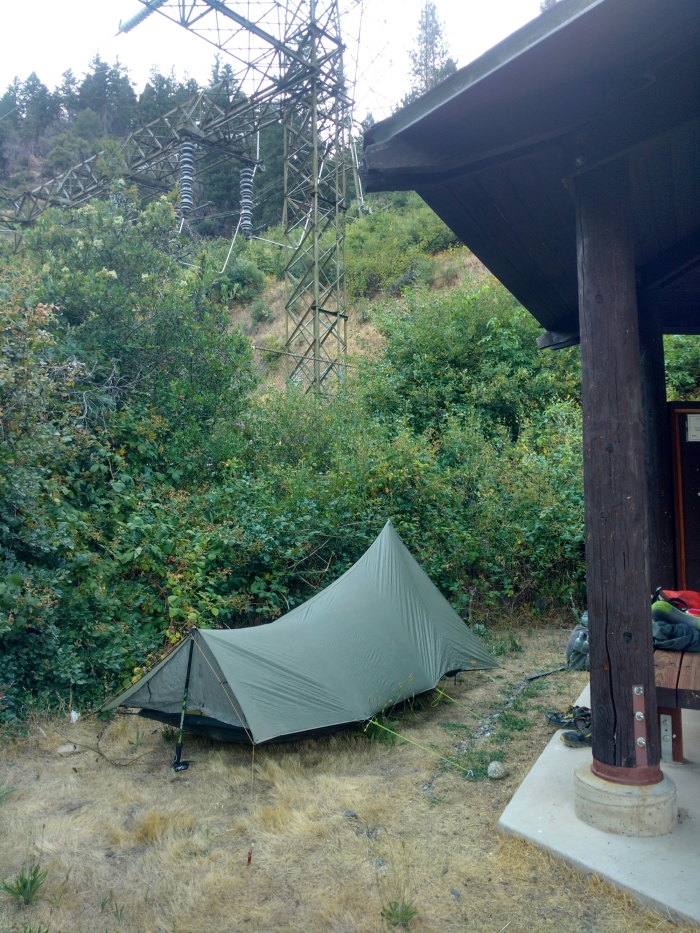 We did some mathing, and determined that we need to do 12-15 mile days for the next few days in order to time our arrival in Chester, which are pretty short days for us. We’re still getting up early tomorrow, because we have to climb up 5000 feet to get out of here, and want to tackle as much as possible before it gets too hot. But the next few days will definitely be filled with a looot of relaxing. Mentally preparing myself to start crushing miles once we get past Chester.