*WARNING: this post contains a somewhat gruesome image of half a fawn carcass.*

Today was a pretty great day. It wasn’t overly eventful or exciting, but great nonetheless. We got up, got all of our stuff together, and had breakfast at the hotel (pretty good stuff for a complimentary hotel breakfast). We ran (drove…) around town to get all our errands done (Gummies needed to pick up his new shoes at the post office and buy some new water bottles), and then Gummies’ parents drove us back to the trail. After hugs and photos and goodbyes, they continued on for the last few days of their vacation and we were back on the trail. 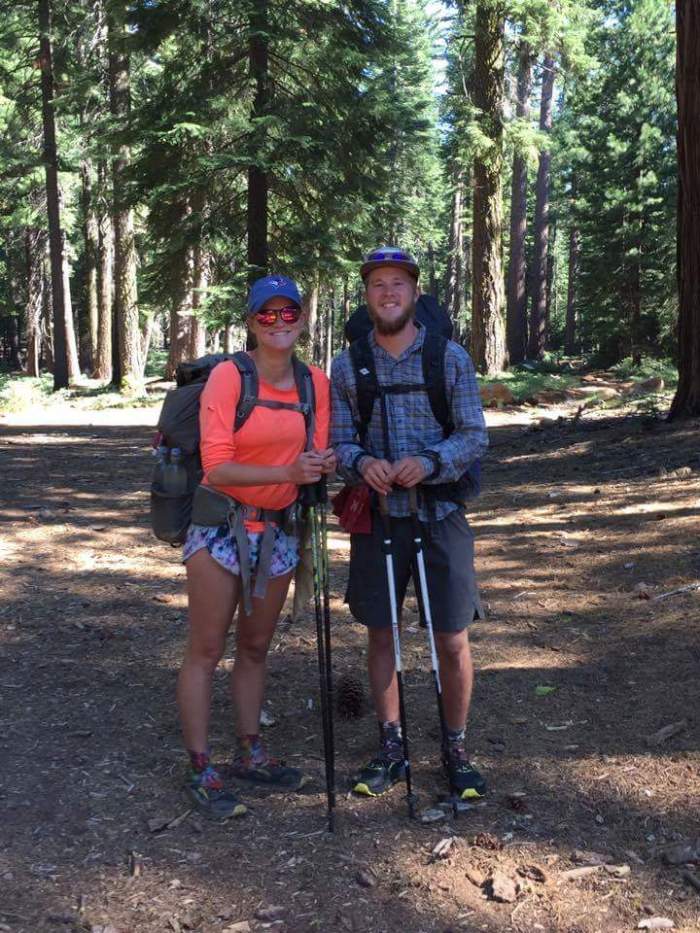 The trail was once again winding through coniferous forest for most of the morning. We saw quite a few other hikers. A few miles into the day, we approached another hiker who was stopped in the middle of the trail staring at the ground. I wondered what he was doing, until he started moving forward and revealed the carcass of a fawn that had been completely ripped in half and left in the middle of the trail. It was pretty crazy to see, and kind of freaky to speculate on what had left it there (A cougar? Wolves? The infamous aggressive bear? Sasquatch? We will never know). We stopped for lunch, and there realized that we could actually camp 4 miles within the border of the Lassen National Park, since there was a drive in campground with bear boxes. This would make for a 19 mile day, rather than the short 15 mile day we were planning on with having to stop at the park boundary. We did the math and realized it was totally possible, and the plan to crush miles was back on.

We cruised down the trail after lunch at top speed (I think we reached a 4 mph pace at one point… It was on a downhill, but still). We got some really cool views of Mount Lassen through the trees, much closer now than when we had previously seen it. Shortly after crossing the North Fork of the Feather River, we came across trail magic! There was cold Gatorade! And fruit snacks! And candies! It was glorious. Energized by the excitement of finding trail magic, we crushed the next uphill and soon found ourselves at the boundary of Lassen National Volcanic Park. 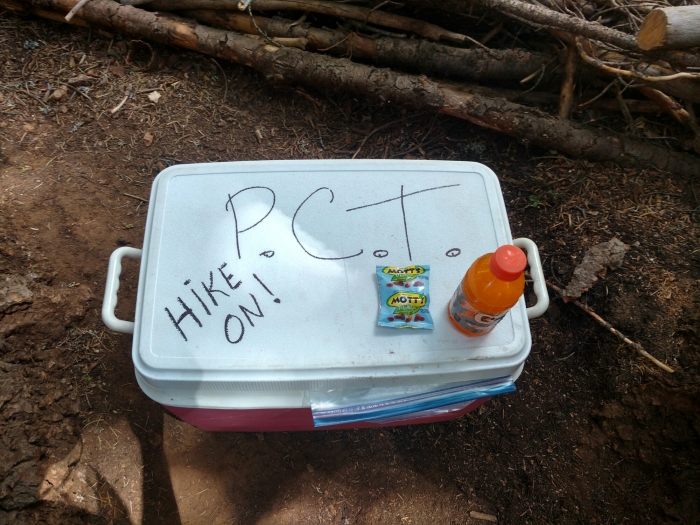 From there, there were only 4 miles to camp, and they passed by remarkably quickly. It didn’t feel like long at all until we were walking into Warner Valley Campground. It turns out it’s actually a pretty large and well-used campground, and there are a ton of car campers here. I guess it’s not really surprising considering we are in a national park, but it’s always kind of jarring to suddenly stumble upon civilization when you feel like you’re in the middle of nowhere. You actually have to pay to camp here, so we’re sharing a site with Skittles and Zebra, a couple of hikers we’ve crossed paths with several times along the trail. We all sat at the picnic table to cook and eat dinner together, and it was a really nice evening. It’s about hiker midnight now and definitely time for bed, as tomorrow is our first real day of being on “mile crushing” schedule. We’re going to just hike tomorrow and see how many miles we can make, and I’m really excited to see what we’ll be able to cover. We did 19 today even with our 10 o’clock start time, which is not too shabby at all. Definitely feeling motivated and ready to HIKE!

One thought on “PCT Day 98: Into the Land of Aggressive Bears ”