Today was a rough day. More so for Gummies than me, although I did have a few moments of my own. The morning actually started out pretty well. We got up and moving in decent time, and the morning trail took us gently up and down through the cool, shaded forest. The only bad thing were the mosquitoes, and they weren’t even that horrible. After breakfast is when things started to go wrong. 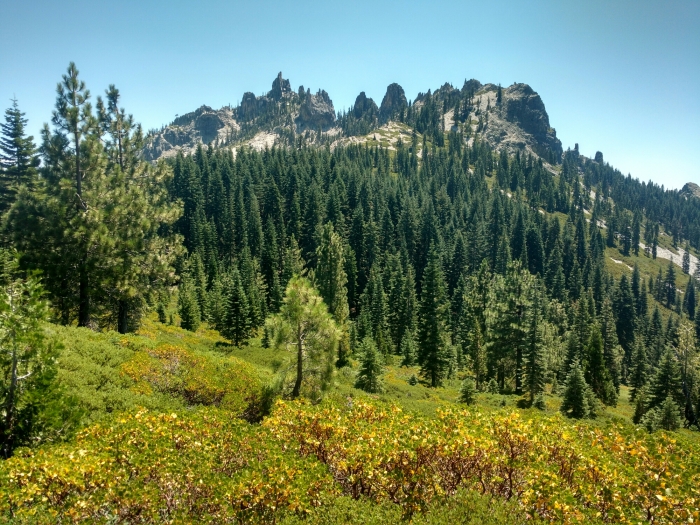 After breakfast we started the big climb of the day, and we hadn’t gotten far before Gummies’ trekking pole broke. Again. This time for no apparent reason. It just fell apart. We stopped, tried to fix it and tried to order new poles, neither of which worked out, so we ended up just taping it back together and moving on. Then came the climb. It was long, steep, and exposed, leaving us out in the beating sun as we slowly ascended several thousand vertical feet. And it was hot. We were trudging along feeling pretty miserable, and ended up stopping partway up to rest in the shade and bring our body temperatures down a bit. It was slow going. Also, it was at this point that I noticed that my sunglasses had cracked, causing one of the lenses to fall out. We tried to tape them back together, but they fell apart again shortly afterwards, leaving me with nothing to protect my eyes from the terrible ball of fire in the sky. 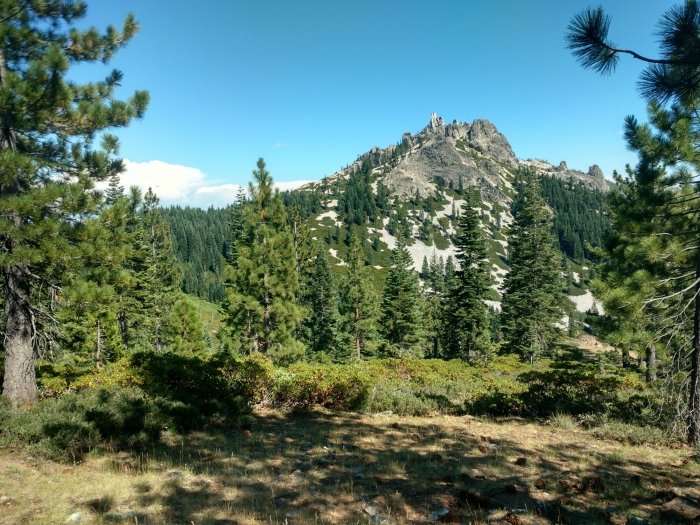 Finally, we arrived at our next water source, and immediately collapsed in the shade to drink and eat lunch. Poor Gummies was so pooped (literally and figuratively… I’ll explain in a minute) that he passed out in the dirt, making for a lunch break that was much longer than anticipated. After he had risen from his dirt nap, we got moving again, only to have to stop a quarter of mile later for a couple of reasons. We both have gotten very lazy about filtering/treating our water lately (I know, I know, bad idea) and while my digestive system has been feeling slightly upset of late, Gummies seems to have taken a direct hit and is now suffering from explosive diarrhea (his words). Anyway, just as we were about to make an emergency cathole stop, the trekking pole broke AGAIN. We sat on the side of trail while Gummies took the whole thing apart to try and find the source of the issue, meanwhile I’m thinking that if it were my trekking pole I’d just say fuck it, tape the thing up and move on (which is eventually what happened, although I do admire his determination to actually fix the problem at its root). 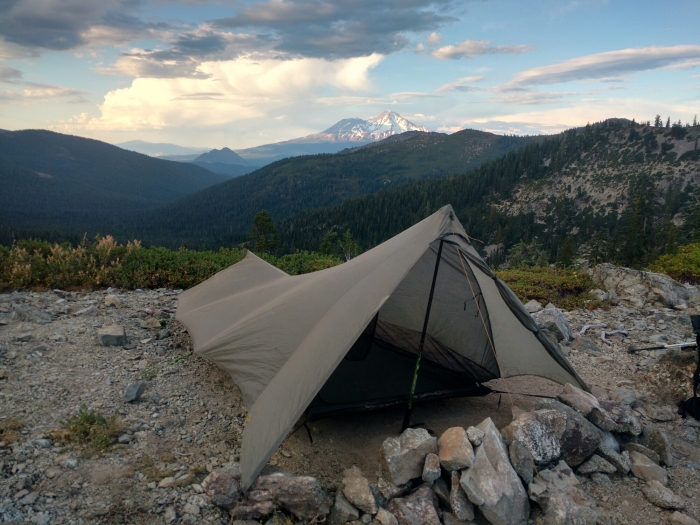 When we finally got moving after the poop/trekking pole debacle, it was 4pm and we had only covered 11 miles (a distance we can usually easily cover before lunch). At this point, we were finally able to get some miles under us, as the sun was starting to get low and the uphill flattened out significantly. The views were absolutely gorgeous (actually there were really nice views pretty much all day, but they were a bit harder to enjoy earlier in the shit show). Around 7pm, we arrived at a water source that we had originally planned to bypass on our way to the campsite we had chosen, but since it was getting late (and that campsite was still over 7 miles away), Gummies stopped and asked me if I wanted to stop or keep pushing. Even though I really knew I wanted to stop the whole time, it took a while for me to finally admit it to myself. Stopping after only 17 miles just stung. 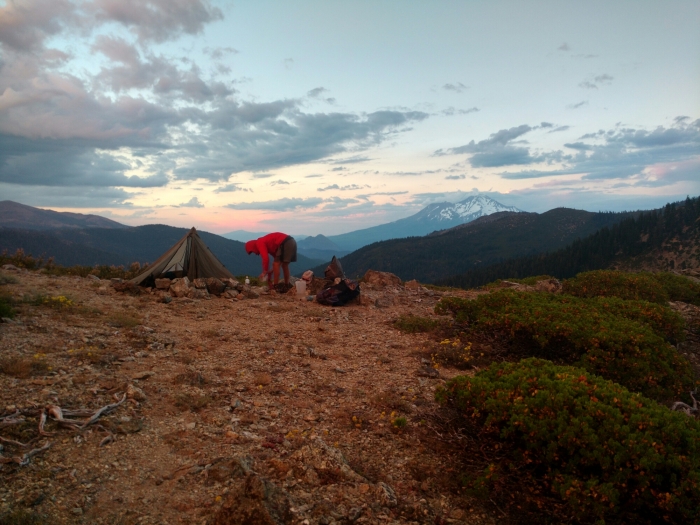 The plus side of the whole ordeal is that the campsite was ended up at was totally beautiful. We were perched on top of a ridge with a view of Mount Shasta on one side, and a lake nestled amongst the mountains of the other. As we set up camp, storm clouds began to roll in over the mountain, and we could hear the distant rumble of thunder. It only ended up lightly sprinkling on us a bit while we had dinner and got into the tent, but it did make for some pretty incredible views as the roiling clouds blew over the peak of Mount Shasta. Tomorrow is a new day, and here’s hoping it’s a little bit kinder.