This morning was rough. We both fell asleep again after snoozing the alarm a couple of times, giving us a relatively late start, and I felt like I could have easily slept for another 2 or 3 hours. The trail immediately headed steeply uphill for several miles, and I was struggling. I felt a little bit sick, and just had no energy. Every step felt like a colossal effort. We stopped for breakfast at the top of the climb, and after that I started feeling much better. 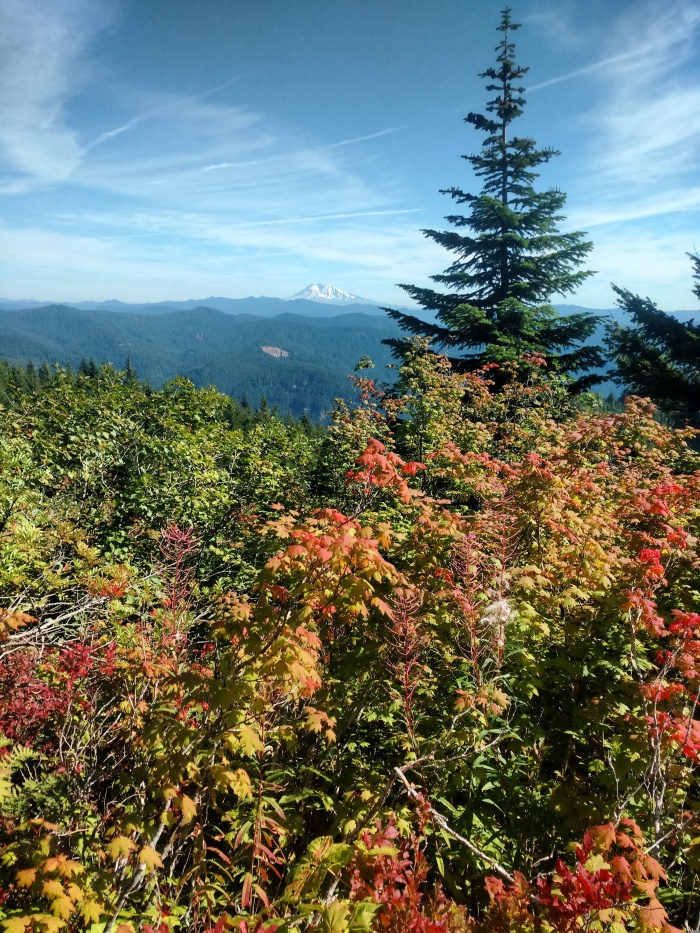 Crimson, Chill Step, Payless, and Ramsay all passed us during our breakfast break. I had assumed they were ahead of us, but turns out they ended up leaving town a couple hours after us. The day was fairly uneventful. We spent most of it walking through the forest, although we did get some cool views of what I think were Mount St. Helen’s and Mount Adams. The forest was really cool too. There were ferns and moss covering everything, and it kind of felt like we were walking through Jurassic Park. 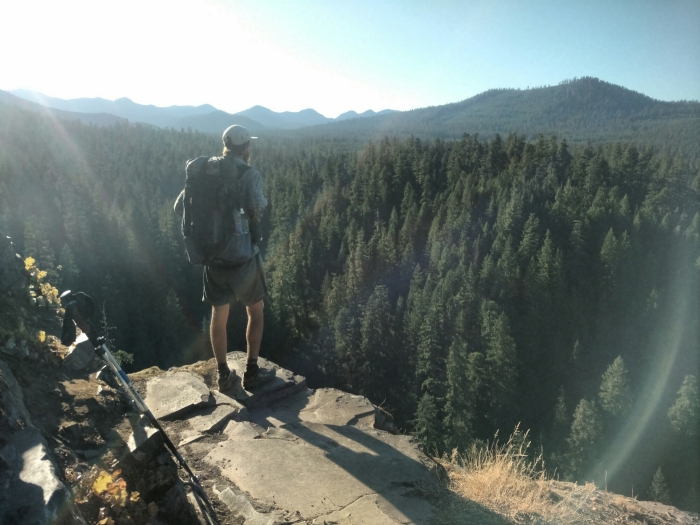 We had lunch by a creek with Chill Step, Crimson, Payless, and Ramsay, which was really fun. I still can’t get over hanging out with people I went to high school with out here on the trail. It’s so crazy. We’re all camped by the same creek tonight too, but they’re on the other side of the bridge. There were a ton of people trying to camp here tonight so it’s a bit cramped. Our tent is pitched right on the side of a paved forest service road. Tomorrow we’ll try to do a bigger day since we didn’t make too many miles today, but we’ll see what happens. We should start seeing some lakes tomorrow and the following day, and I’m excited for things to start getting more scenic.