The days (and nights) are getting colder. As we left camp this morning and hiked through some open, grassy areas, each blade of grass glistened with a layer of frost. Winter really is coming, and it seems we’ll be wrapping up our hike just in time to avoid the worst of it. We had breakfast this morning on top of Glacier Pass, where I enjoyed some hot coffee again in an attempt to warm up. After climbing up to the pass, we had to continue climbing for a few miles up to the top of the ridge, and I struggled a bit. For the past several days, I’ve felt like my body might be fighting off some kind of cold bug, and today I could really feel it. My head just felt heavy and I was a bit tired all day. 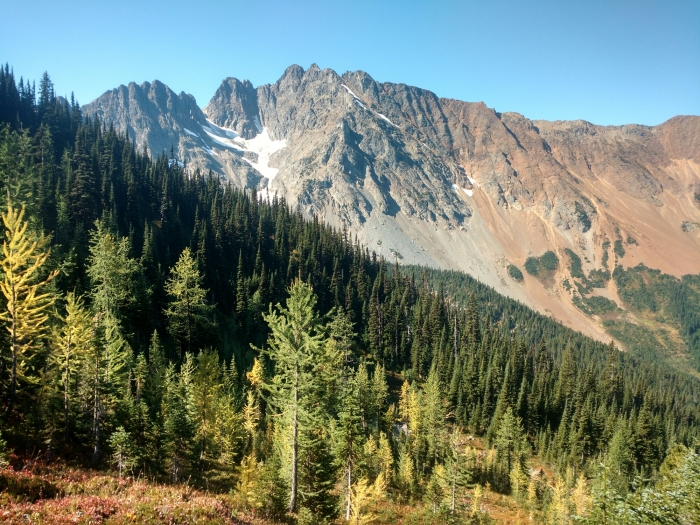 The views going up were gorgeous though. We spent most of the day wrapping around ridges on well-graded trail, so that was really nice. There were also awesome views pretty much all day. Other than that, the day was fairly uneventful, so I might just let the photos speak for themselves here. 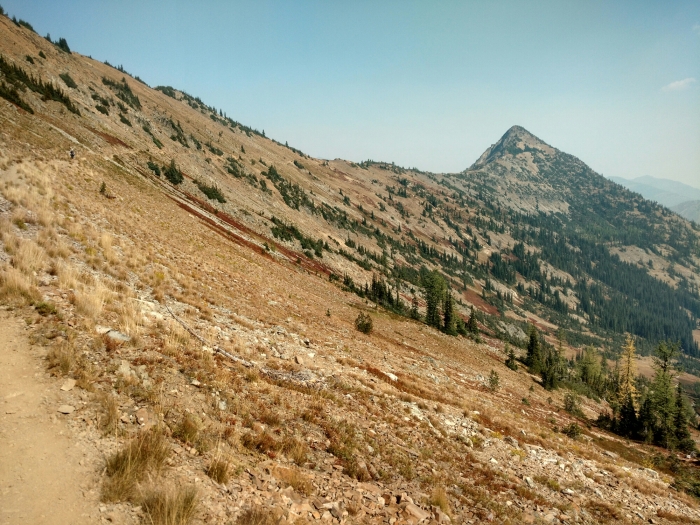 Everyone seems to have aimed for the same camp spot again tonight, but we managed to find a spot to squeeze ourselves in at a little site that’s just above the big party site that’s packed with people. It’s gotten really cold this evening, and I think it’s only going to get colder. I really hope I can keep warm and get a good night’s sleep to help my body fight off this bug. We’re less than 25 miles away from the Canadian border now, and it doesn’t seem real. This is the second last night on trail. We only have one more full day of hiking. I don’t know what to feel. Throughout the day the realization of how close we are to being done would periodically hit me, and though I’m still really excited to finish, it’s still a strange feeling. I’ve devoted myself wholly to this trail for over 5 months now, and the day after tomorrow, it’ll be over. Just like that. I’m so looking forward to returning to the comforts of home (ex. sleeping in a climate-controlled room, shitting in a toilet whenever I want, eating food that doesn’t have to be rehydrated, doing something other than walking, etc.), but I know that soon enough I’ll long for the simplicity of the trail.